23rd July 2010 is a date that my church gang would never forget coz we had a blast in Yercaud which is popularly known as "The poor man's Ooty". All jacobite churches from Bangalore participated and there were about 70 of us. From our church there were 9 of us (Johnson, Ullas, Peter, Shirley, Ajith, Divya, Kunjumon, Titus and me). 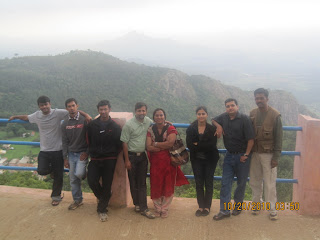 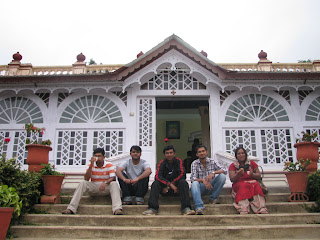 Ullu. Johnson, Peter, Shirley, Titus and me left Blore on 23rd July morning in Ullu's Scorpio and the remaining 3 joined us the next day. Our accomodation was arranged in a convent by name "House of Peace". This is very close to the school in which the malayalam movie "Notebook" was shot. The location chosen for our accomodation was beautiful and the weather was perfect !!


After freshning up, we had an ice breaker session to get introduced to each other since it was a mixed group in large numbers. The 1st 2 days passed on with songs, classes and cultural activities which kept us spiritually engaged. The day ended with a bonfire wherein all of them sang songs and danced around the fire. 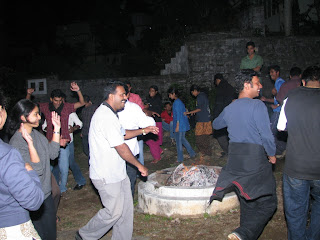 25th July : All of woke up in the morning with a smile on our face coz the 3rd was scheduled for an outing to the different view points and tourists spots in Yercaud. 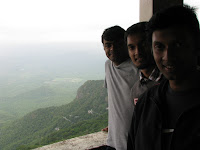 Pagodas point and Ladys seat : These are 2 different view points but both appeared the same to us. It was just another view point similar to several viewpoints that we have seen in many other places. All we did here was - posing for snaps !

Star lake : There was a lake similar to the ones in Ooty, Kodai and Wayanad. As expected, there was boating too. There were even stalls for games along the lakeside which included shooting and Bow & arrow. We tried all possible things irrespective of how entertaining it was !! 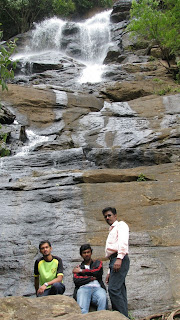 Kiliyur falls : The main attraction in Yercaud is the kiliyur falls. As per the latest update that I received, currently there are stairs built to reach the bottom of the falls. But when we had been there, there were no stairs and all of us went trekking which i felt was more adventurous. Initially all of us planned to trek to the bottom but few of them dropped out at the start itself since the trekking path seemed a bit risky to them. So finally it was Johnson, Titto, Ullas and me who made it to the bottom. The falls wasnt extraordinary but was worth the attempt ! After a few clicks we had to rush back considering that the rest of our gang were waiting for us.


This marked the end of an eventful trip. Yercaud is an ideal place for a camp and is rightly termed as poor mans Ooty ! Nothing remarkable but yet a place sufficient to keep you relaxed during a weekend !