16th July 2010
This was a day that many of us were eagerly waiting for  since 2 weeks ! Few of them were all set for their debut trip (Ex : Mani) and few others were geared up to meet their batchmates whom they havent met since 2 yrs after coll days. Blore buddies gathered at Majestic by 8:30 and boarded the Rajahamsa to Gokarna at 9pm. Andy boarded the bus from Mumbai to Kumta and Sweta boarded the bus from Hyd to Kumta. 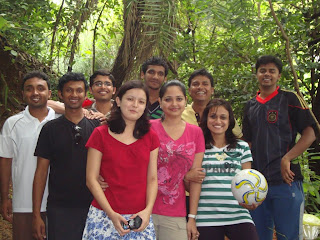 We reached Gokarna by 10 and checked in to Namaste cafe and booked 4 cottages. Namaste Cafe is good from outside but equally bad inside :D . We freshened up by 12 and then rushed to OM beech. It was drizzling and there was a local police guy driving away people from the beech coz the beech looked violent. We had a volleybal and we played beechside games in drizzling rain. 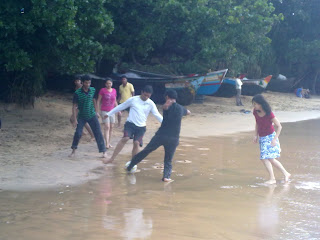 We relived our coll days. It was superb playng beechside football and volleyball. The light rain made it even better !
We also burried Manja in the sand :D 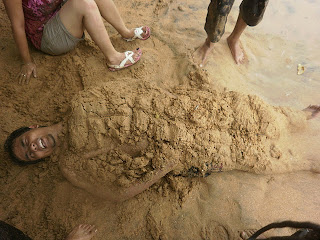 After a long session of photography and beech games we were done for the day and it was undoubtedly the best among my 3 visits to Gokarna.
The next day we had planned to goto Yana but the main concern was the rain ! Mani had read the whether forcast which said that there could be thunderstorms ! But we decided to stick to our plan and went to sleep.

18th July 2010
We booked an open Jeep and started our journed to Yana which was about 40kms from Gokarna.
The whether looked pretty fine and pleasing. The route to Yana was superb and the open jeep travel was a perfect idea. 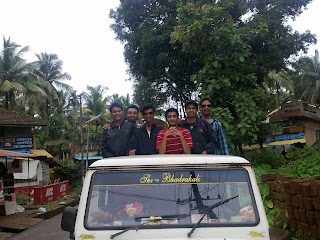 By the time we reached Yana there were light drizzles. We had heard from many that Yana is known for leeches. We had come prepared with Tiger balms (which was useless) and salt (which is the best way to keep away the leeches). Vehicles were allowed only upto a certain point so we had to trek the remaining distance. Trust me - You would never forget the trek to Yana ! 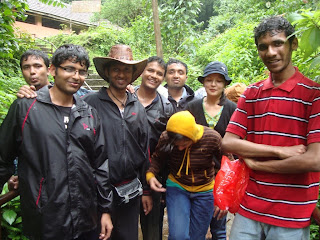 On r way there were few rocks which we had seen in movies and google images. They looked better than the pics in google ! Supposedly some Kannada film was shot there. 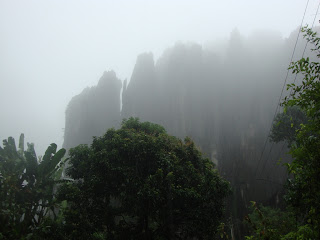 Prasad and Sweta were victims of the leech attack. Salt was our weapon ! After about 1 hr of trek, we reached our destination and it was mind blowing ! The view couldnt get better and the climate and atmosphere there was perfect ! There was a temple on top and we were supposed to walk barefoot around the temple through the caves. 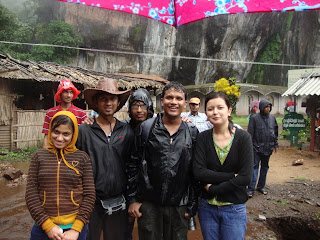 Leeches were a concern but thankfully the Yana gods kept them away during the barefoot prathakshina :) 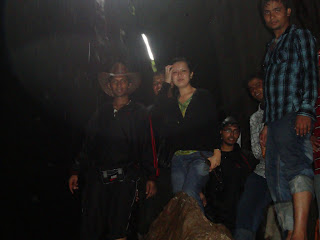 For some strange reason, this trek somehow reminded me of "Lord of the rings" and "Mackennas Gold" :D

This was undoubtedly one of the best trips I've been to. Though it was off season we felt everything was PERFECT probably coz the crowd was perfect ;) Few of them couldnt make it due to personal reasons and they definetly missed out on a memorable trip worth cherishing lifelong :) 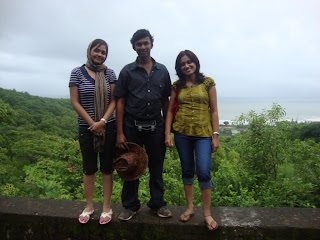 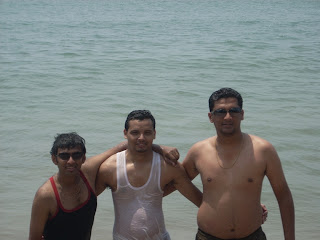 OM Beech : We headed straight to OM beech which was the star attraction of Gokarna. To our disappointment, none of the beech shacks were ready to provide us accommodation coz we were not foreigners :P. We spent some time in OM beech, played in the water and had lunch at the beech shacks (Glad they were ready to provide food !! :D). By afternoon, Abhith and Kunal reached OM beech after roaming around Kollur, Mookambika, Kodachadri and many other places (they lost their way and landed there by mistake). We noticed that not many Indians were there in OM beech. It was more like we were foreigners in our own land !!
There was a boat ride that took us to few other nearby beeches and I must say that the boat ride was a bit scary. Waves were violent and it looked like they were pouncing on us to attack !! 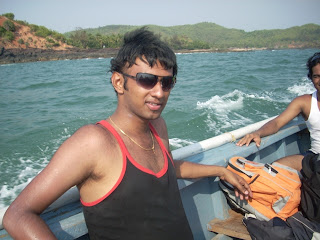 Paradise beech and Half moon beech : These were 2 beeches that we covered during the boat ride. Supposedly, an australian lady was raped on one of these island a week before we went there and so Indians werent allowed on these beeches. We just got to see the beech from the boat. 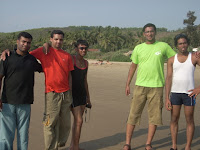 Kudle beech : After paradise and Half moon, it was time to move on to the next beech - Kudle beech. After OM, it is Kudle that is popular in Gokarna. It lies adjascent to OM. Here we found lot many Indians compared to OM. But we preferred OM coz it was unique in its own way. We were allowed to spend just 15 mins in Kudle coz our boatman was waiting.
By the time we returned to OM beech it was about 7pm and it was getting dark. We did some night trek to a nearby rock to add some adventure ! During the day this rock looked pretty easy to climb but at night it wasnt that easy. After we were done for the day, we relaxed for sometime at one of the beech shafts and then returned to Gokarna town where we had booked a lodge. 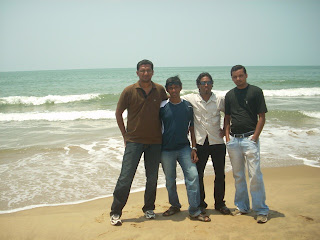 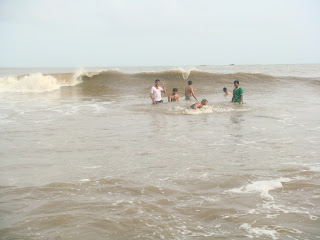 We straight away headed to OM beech and all of us were terribly hungry. With my past experience in OM beech I knew that there were several beech shacks along OM beech. But to our disappointment it was off season in Gokarna and none of the shacks were open. The beech was desserted !! We didnt even see the boatman who took us to the other beeches. We returned to Gokarna town, booked a lodge, freshened up and then returned to OM beech. We played in the water for a while and then returned to our lodge by late evening. 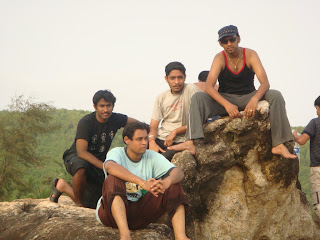 The next day we freshened up, booked our return tickets to Bangalore and spent the rest of the day in Gokarna beech. I was recollecting my prev trip to Gokarna while sitting along the shores of Gokarna beech.
An advice to all those who are planning to visit Gokarna - The best time would be Dec to March. Pls do not go there during off season time coz you would be disappointed !! :) 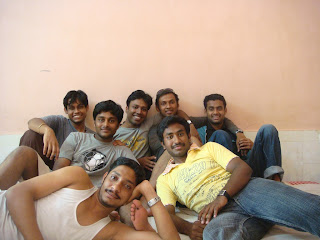