Sadahalli - Temple on a quarry !!

Sadahalli is a remote area in the outskirts of Bangalore which gained some popularity due to a Quarry. Though it hurts to see a huge area of land being destroyed for the greed of human beings, it still amazes to know that a temple which was present at the center of the quarry was left untouched ! 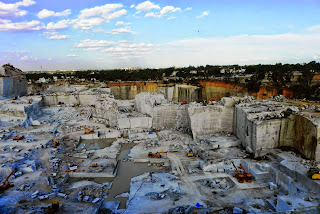 We were a group of about 10 all set to explore this temple in Sadahalli. After a visit to an oldage home, all of us headed towards Sadahalli and reached the village by about 3 pm. Though we initially had a bit of struggle to spot the entrance, we managed to locate it with the help of localites.

The trek was pretty simple. We passed through the outhouse of the gate keeper who guarded the entrance to the quarry. With a brief interaction with the gate keeper we got to know that he also has a part time job as a Dog trainer. A couple of Emu's were also caged in his premises. 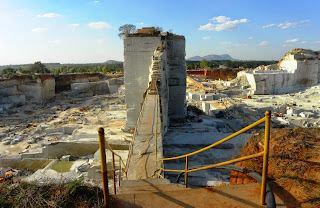 After a 20 mins walk, we finally reached the quarry which was being dug since many years. The path to the temple was left untouched and all the surrounding areas were dug to such an extent that lorries beneath looked like ants !! 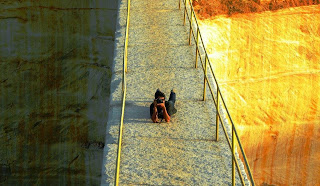 There was a bridge connecting the quarry boundary to the temple which was located at the center of the quarry. Though the walk on the bridge looked a bit scary, it quite easy to walk on it !! Vipin from our group was even seen lying on the bridge exhibiting his photographic skills :D 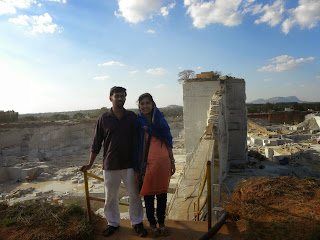 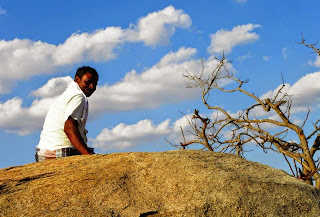 The walk on the bridge was very brief and we reached the temple in no time. The gentle breeze on top of the quarry was very soothing and soon the photographers in our group got onto work. A localite was also there at the temple premises. Aby struck a conversation with him to get some facts about this place. As requested by the localite, we clicked his pic which brought a smile on his face. 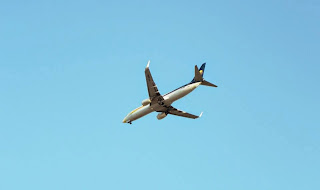 Devanahalli being a nearby place was a bonus to this temple visit since we got to see Aircrafts flying at a very near distance. It looked like the aircrafts were just a stone throw away. Vipin and Aby patiently waited for the Aircrafts to pass by for some good clicks.

After spending about an hour at the temple, we started our return journey. By now those who had fear of height were accustomed to the bridge walk which made the return much simpler. After having tea at a nearby hotel, we bid good bye to each other and returned home. 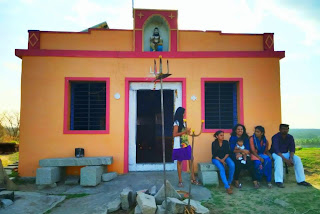