A much awaited trip which was planned and booked 2 months in advance. Though there were lot of them who were looking forward for this trip, not many could be informed about this trip since a 15 member gang was formed within no time even before i could publicize this !! 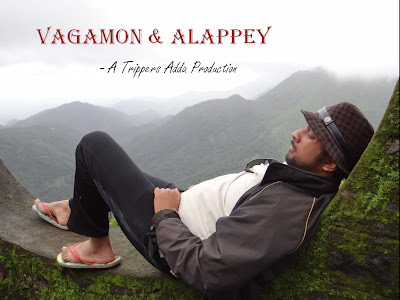 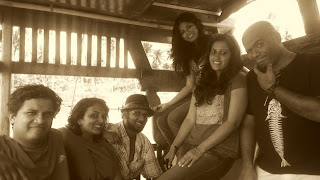 1st Aug 2013 - After work, all of us rushed to the railway station to board the Kochuveli Garibrath at 9PM. The train reached Ernakulam the next day morning by about 8 AM. We got into the Chennai-Alapuzha train from Ernakulam and reached Alapuzha (Alappey) by about 11 AM. We then got into a bus and reached Alappuzha transport bus stand by about 11:30. A boat was awaiting us close to the bus stand and the boat took us to the houseboat which was about 15 mins away.Finally we reached the houseboat which was huge ! A 6 bedroom houseboat which also had a deck !! The 15 of us barged into the houseboat to occupy the best rooms :D 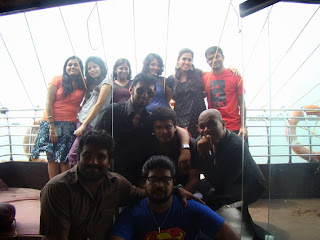 The houseboat then sailed to some island where it would halt until next day morning. For most of them this was a 1st time experience in a house boat. Since there is nothing much that you can do in a houseboat other than eating plenty of fish, we started off with some ghost stories during the night :D Considering that the next day we were going to stay in Morris bungalow in Vagamon, few of us narrated the story of Dorothy (From the mallu movie In ghost house inn) and said that Dorothy's full name was Dorothy Morris and after her death the bungalow was known as Morris Bungalow :D .. Few of them were frightened listening to this story :D... After all the story telling sessions, we went to sleep and woke up the next morning, freshend up, had breakfast and by the time we were ready, we reached the shore from where the houseboat picked us. A tempo traveller (TT) was awaiting us there. 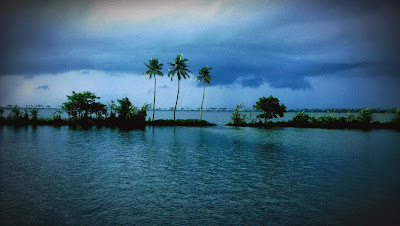 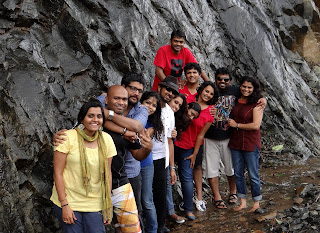 We got into the 19 seater TT and headed towards Vagamon. On the way we stopped at Pala and visited the church where St.Alphonsa's tomb was kept. We then got into the TT and continued our journey. A few kms before Vagamon, we found a spot where the bus stop scene in the mallu film "Ordinary" was shot. We stopped there for a photo shoot.

By late afternoon we reached Vagamon heights resort. Our fight for rooms started and it was a 'gals vs boys' fight for the best room :D.. Little did we know that eventually all of us would end up sleeping in the same room fearing the haunted stories that the house keeper would tell us during dinner :P. The bungalow that we stayed was shown in a mallu movie "Kadha samvidhanam Kunjacko". After having an amazing lunch we decided to play lagori in the rain. But it was getting dark and so had to stop playing. The est of the night was meant for indoor games, fooling around and barbeque. While the barbeque was being set up, the house keeper narrated the haunted experiences that people had in the resort which scared many of them. He even mentioned about a group of people facing trouble with their vehicle while leaving the resort since there were people in the group who didnt pray before leaving. Though all these sounded a little filmy, we were a bit scared deep inside :D. That night all of us decided to sleep in the master bedroom since it was huge enough to accommodate 15 of them !! The whistling sounds from the woods and the knocking sounds kept many of them awake throughout the night cos of fear !! I had a sound sleep though :D 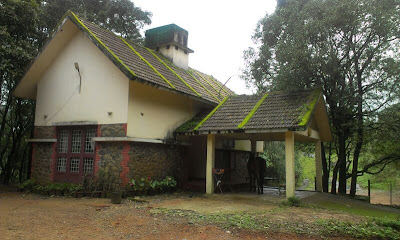 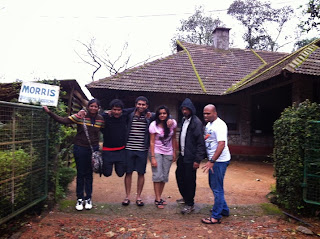 History of Morris Bungalow : Years ago, a britisher by name Morris lived in this bungalow and he was a bachelor. After an argument with his dad, he consumed poison and died in that bungalow. Since then they say this place is haunted. After Morris death, this property was handed over to a King in Kerala. In 1973 a timber merchant bought this from the Kings family and then gradually this converted into a resort. Few of them claim to have seen Morris ghost and few also had bad experiences within the resort. The house keeper even requested us not to play Oujho board since there have been bad experiences when people played this in the resort. 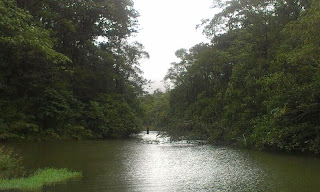 The next morning we woke up, freshened up and visited the nearby church to attend the holy Mass. After the mass, we returned to the resort and on the way stopped by a lake which looked beautiful. We clicked a few pics here. Supposedly a cameraman and his assistant cameraman drowned in this after a movie pack up. Since then there have strict instructions not to get into the water ! We noticed a dark figure in the lake at quite a distance. Initially we thought its a tree but fooled around saying that its a ghost. However while returning from the resort, we didnt see that thing which was a bit scary. God knows what that was !! 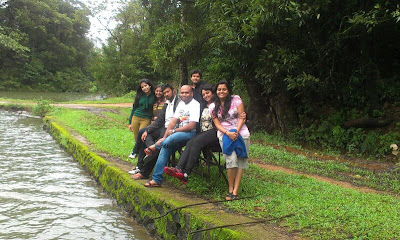 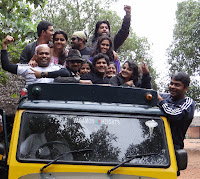 After we returned from church, we freshened up, had break fast and got into our open jeep for a 4 wheel drive through the resort which was spread over 300 acres. There were some beautiful spots where lot of movies were shot. The house keeper took us to some amazing spots which clearly proves that Vagamon outbeats all other tourist spots in Kerala !!! The jeep drive was an unforgettable experience. It was more like a roller coaster in amusement parks !!

After the thrilling drive, we returned to the bungalow by about 11 AM, packed our bags and left the resort. The jeep dropped us to the entrance in 2 batches. The 1st batch reached the entrance and started posing for pics in front of the Morris bungalow. The 2nd batch had a very bad experience. While nearing the entrance, the axle of the jeep broke and the jeep turned towards a deep ditch. By Gods Grace, there was a hump which stopped the jeep from falling into the ditch. They then walked to the entrance. We then connected this incident to the story narrated by the house keeper and realized that the story he narrated turned out to be true in our case (about vehicles breaking down when there were people in it who didnt pray. Coincidentally the ones who didnt goto church that morning were in that batch). 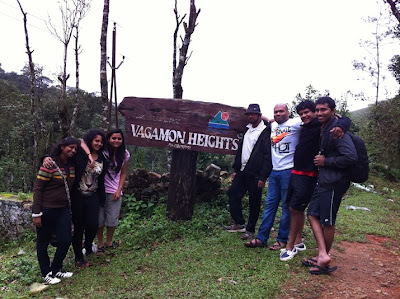 We then bid good bye to Vagamon resort consoling ourselves that all that happened there were coincidental and had nothing to do with ghosts ;). Though there were a few spooky experiences, vagamon heights sure is a place to be for its scenic beauty and affordable rates. The entire package was just Rs.1250 per head. 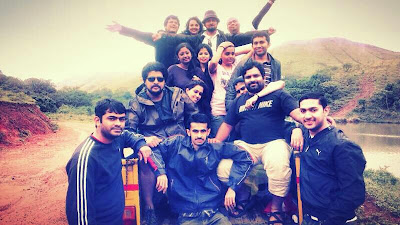 We reached Cochin by about 2, had lunch at Kayees restaurant which is very popular for biriyani. After some shopping, we reached Ernakulam railway station by 5 and then returned to Blore by the Kanyakumari express. This marks the end of an unforgettable trip with quite a lot of experiences !! 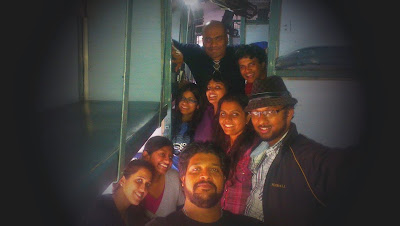