Bike trips had become something very common and the new trend was a different breed of bikes - cycles !! Abhith was the 1st to buy in our group, followed by Vj, Nish, Me and then Sneha.

Abhith and Vj had been to several cycle trips before I bought my Schwinn Searcher Sport. Few of their trips included Nandi hills, Hessarghatta, Pondycherry and so on... After I got my cycle, we planned our 1st trip to Hessarghatta. 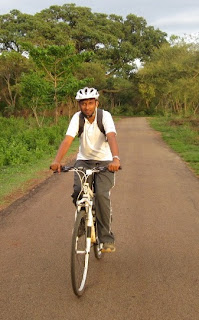 Hessarghatta : Located about 25kms from Mathikere, I had to cycle a total of about 50 kms and this being my debut cycle trip, I wondered if it is doable !! But once I started off, I realized that this could be done easily. Vj, Abhith and me started cycling by about 4pm. We kept cycling without many breaks and reached Hessarghatta quite early. We 1st visited the lake and halted for a few mins. Since there was nothing much to do there, we headed towards Nrithyagram which was about 2-3 kms from the lake. Nrithyagram is popularly known as the dance gurukul and is something unique in India !! Dancers stay and practice dance throughout the yr and its a very peaceful place. But we were a bit late to enter the gurukul since we reached there quite late. Since our intention was cycling and not to visit the gurukul, we werent disappointed !! We halted near the gurukul for a while and thats when we met 2 kids who admired our bikes wondering if we would give them a chance to ride them for the appreciation they gave. But sad for them, we had to disappoint them stating that they were too young to ride a gear cycle. We had a funny conversation with them for a while and then bid good bye to them after taking a pic with them. 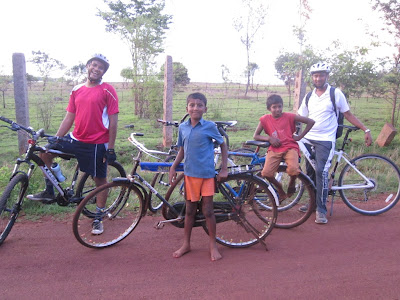 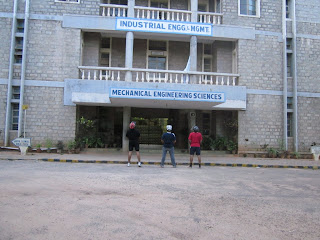 MVIT : An obivious cycle trip would be to our coll which was about 21 kms from my home. Cycling to coll was something that we had planned during the last sem of our college but it didnt work out and we thought that this plan would always remain as a dream. Finally our dream came true !! When I travelled by bike to coll during coll days I never felt the distance but I realized how far it is when I went cycling :D. We left home after lunch and took our own time to reach coll. At coll we spent some time in the ground where we used to slog during exams. We even cycled around the campus and posed like we were peeing in front of the mech block to trigger the mechies on Facebook :D. We spent time in coll till late eve and once it got dark we returned home. 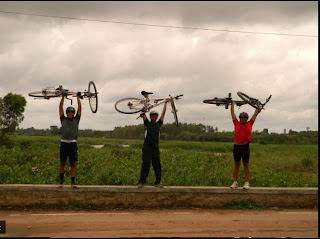 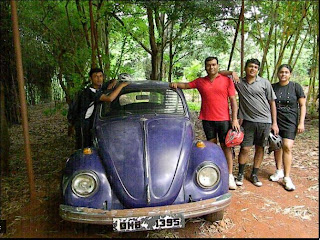 Hessarghatta revisited : Once Sneha got a cycle, we planned our next cycle trip and we had initially decided to cycle around the IISc campus. But after a few discussions we changed our plans and revisited Hessarghatta which is the best destinations for cyclists in Bangalore ! Like last time, we started off with the Hessarghatta lake and this time we started off in the morning. Once we reached the lake, we planned to revisit the Nrithyagram and for a change decided to go cycling on the grasslands (the lake had dried and now it was a grassland) to reach Nrithyagram. It wasnt as easy as we thought coz its difficult to cycle on a grassland !! But it was fun cycling coz the field was all ours. We had all the time to cycle and rest when we wished to. We spent nearly 45 minutes to cover 2kms :D. Finally we reached the Nrithyagram and this time we reached just before the closing time (On sundays it closes by lunch). Though we entered inside, we were asked to leave immediately since it was the closing time. After a few clicks we left from there, went to a dhaba for lunch and then returned home. 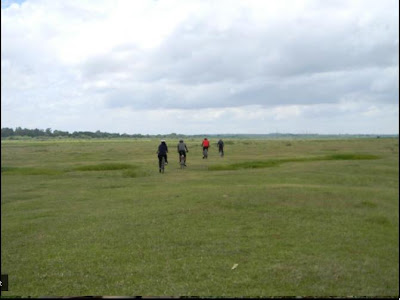 Mysore : We planned for a long distance cycling and headed towards Mysore though our plan was Chennai initially. The details of our Mysore cycle trip is there in my prev blog.

High petrol rates and the ever increasing traffic is an indication that cycles deserve some attention !! Happy to know that Bangalore Metro is also supporting this by providing cycles on rent at every Metro station !! 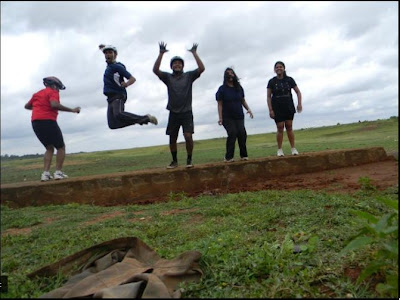