It was Abiramis wedding in Tamil Nadu (near Karaikudy). Abhith, SK and me decided to attend the wedding and then visit Kodai which is close to Abiramis place. Vipin was also interested in the trip and so we pulled him also along. Abhith, SK and Vipin reached TN 1 day b4 the marriage. I had to come from Kerala and I reached on the day of the wedding. Once the wedding got over we bid good bye to our coll mates who had attended the wedding and started of our journey..!! 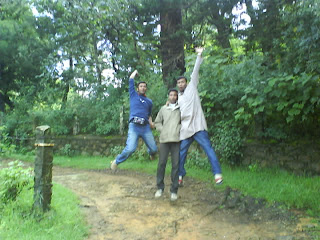 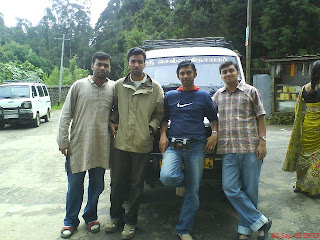 September 2008 : We went by bus to Kodai and reached there late in the night. As soon as we reached a Maruthi van came speeding towards us and stopped. They asked us if we need any lodge, we said yes and they opened the door. We got in and they started speeding towards some lodge. It appeared like a kidnap to us and we were staring at each other :D. But we reached the lodge safely and the driver even said that he'l send a guide and jeep for the next morning. 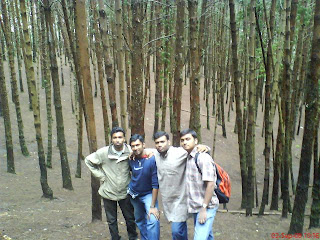 The next morning we had breakfast and then visited Coakers walk. It was cold and we felt the weather was perfect ! After Coakers walk, we went to La Salette Church which was nearly 150yrs old !!! We then went to the pine forest. The speciality of Pine forest is that the alignment of trees look the same from every point. Our next destination was the suicide spot. The spot looks scary and it is sad that there are no safety measures for this place. Anyone is free to jump from here :D. Our guide narrated an incident wherein a couple had jumped from that spot a week before we had been there. 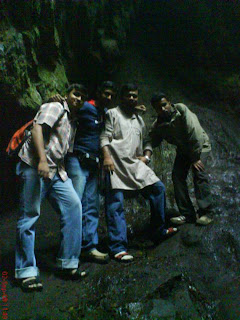 The next spot was Guna Caves. The very entrance to this cave reminded us of Kamal Hassans movie "Guna". We were eagerly waiting to see this cave. Entering inside the cave was prohibitted. But we bribed our guide (Yesuraj Annai) and went inside. The view from Guna caves was mind Blowing. Yesuraj Annai explained to us why this cave is known as Devils Kitchen. (The fog enters the cave from one opening and leaves from another opening due to which it appears from an arial view that someones cooking and hence the name 'Devils Kitchen'. Later it was popular as Guna caves after Kamal shot the movie 'Guna' here ! We clicked pics posing at the spot where 'Kanmani anbodu kadalan' was shot. 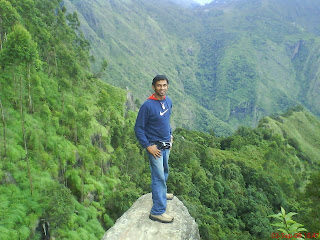 We then set out on a trek to Moutain Beauty. The view from here was amazing. Yesuraj Annai was our guide come photographer.He took us to some shooting spots where a song frmo Thenali, Lyril soap ad, a still from the film Ram, etc were shot. Dolphin nose and Echo point were scary. 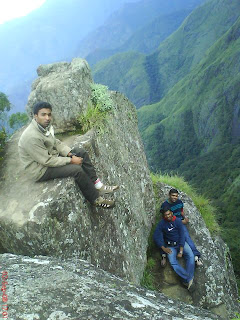 Yesuraj annai told us that the hero in 'Ram' stood on leg at echo point. We were shocked to know this coz we were scared to stand there on 2 legs itself :D. Trekking came to an end after we visited 2 waterfalls, mountain beauty, Echo point, Dolphin nose and Bear caves.
We returned to our hotel and a good sleep. 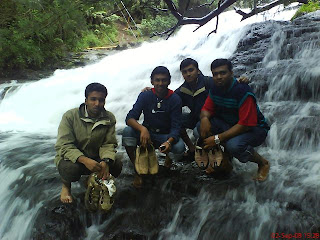 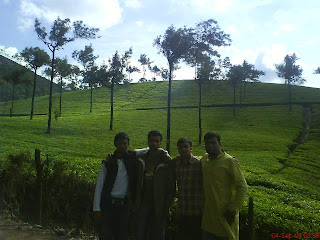 Next morning we spent some time in star lake. We went boating and horse riding around the lake. By lunch we started our journey to Munnar. We changed 3 buses and finally reached Munnar by night. It was raining cats and dogs when we reached there. We were lucky enough to get a good lodge. Like in Kodai, we made previous day arrangements for a jeep and a guide.
Next day morning we freshened up and got into our jeep. The guide to us to some photopoint where tourists generally pose for pics. We then visited some dam (I ges its known as Mattupetti).


From there we went to the elephant lake which is besides some jungle.We couldnt spot any Elephant there and couldnt get into the water also. 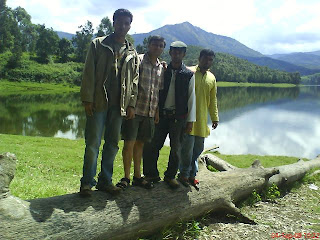 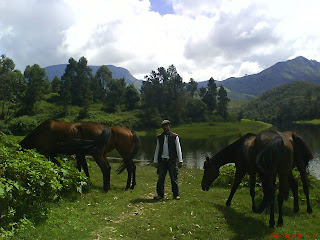 There was another nearby lake where we found some wild horses. After a small session of photography there, we moved on to Attukkal falls. This was nothing different and remarkable. We spent about an hr here and then decided to goto my hometown 'Perumbavoor'. That was the end of our memorable trip. We didnt find Munnar all that great probably coz we enjoyed Kodai to the core and were quite tired after reaching Munnar. 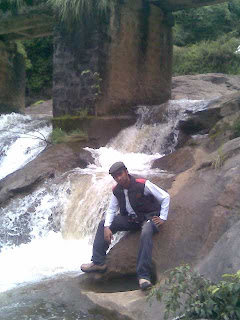