A much awaited trip which the 3 mallus (Abhith, VJ and me) had been planning since 2 months !
*ing  : - Vj, Yezdi, Abhith, Pulsar, Tonymon and UNICORN

It all started with a forward on Ratnagiri which I sent. I suggested a trip to Ratnagiri, Abhith suggested to make it a bike trip and hence the plan. Abhith had no issues in getting his bike coz he and his bike were in chennai so his parents wouldnt get to know. Vj had to get Abhiths sis married to take his bike out :D. And I had to keep my bike in office and goto Kerala 2 days before the trip so that I could return to Blore, take my bike and escape without my parents knowing bout this bike trip :D. so 3 of us set out on the best bike trip in r life and our destination was Ratnagiri. 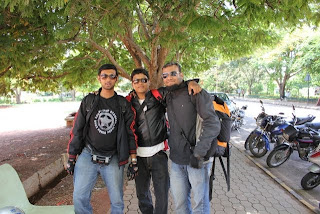 2nd June 2010 : Abhith came from Chennai and Tonymon from Kerala. Abhith and Vj had some documents to be prepared so first got that done and by bout 2pm started our journey.Total distance was 775kms so we targetted to cover 400kms on day 1. Our plan was to stop for a 15 mins break after every 100 kms. Midway vj's bike broke down.Considering VJ's bike's state and the weather conditions we started reconsidering our destination  Our decision maker throughout the trip was a 1 ru coin. To decide between Goa and Ratnagiri, we tossed a coin and Gods decision was Goa !! We continued our journey. By bout 7pm we were just nearing Davengere. It was a bit disappointing that we just covered 250kms on day 1 (that was coz we took long breaks and had lot of photoshoots on the way) !! We haulted at some lodge in Davengere. 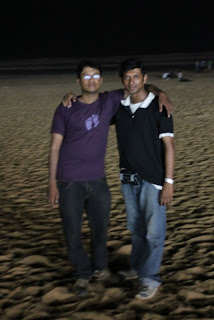 3rd June 2010 : We freshened up, vacated the lodge and continued our jouiney. Day 2 was a bit more entertaining coz we deviated from the highway and went through villages. We touched the ghat section by eve. The ride through the Ghat section was amazing. By about 8pm we crossed the Goa border. Our initial plan was to halt in Panjim but Abhith suggested that we stay in some beech resort in Calangute. That was a superb decision. We reached Calangute by about 10 and checked into some beach resort. Off season helped us find a room without difficulty ! We freshened up and went to the beach side shacks to have dinner. Sofa's and dining tables were spread along the beach side which was awesome. We had our dinner watching the waves. The shacks were open til about 2am. We returned to our rooms and dozed off..! 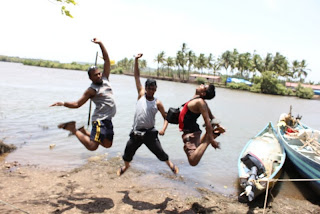 4th June 2010 : Our plan for the day was to cover Agoda fort, Mapusa market and Baga beach. But the 3 of us felt that we werent in the best of our spirits. On our way to Agoda fort there was a small lake. We thought of doing some photography there. 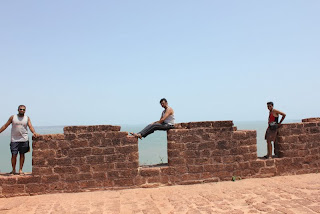 After about an hour of posing we were back to form and went ahead to Agoda fort.  There again we had some posing sessions.For some strange reason this reminded me of Kalapani :D 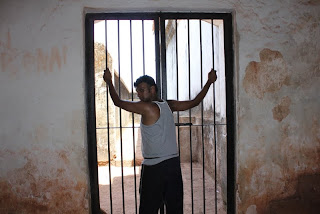 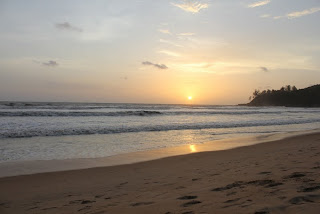 After Agoda fort we headed towards Mapusa market. We thought of roaming around Goa in Goan ishtyle so went in search of those jhataang shirts which we heard was dam cheap in Mapusa market. In burning sun we roamed around the market not getting what we wanted. And finally we returned to Calangute. After spending some time in Calangute beach, we walked to Baga beach.After returning to Calangute beach we had a funny experience which im sure the 3 of us will never forget lifelong :D

5th June : We started our return journey early in the morning. Though we took 2 days to reach Goa, we just took 1 day to return to Blore. 600kms one day was beyond imagination for us !! By midnight we reached Blore tired and exhausted. We waited at some tea stall till early morning and then returned home by about 6. Flat on bed we slept the whole day !!

Undoubtedly this was the best bike trip ...!! But im sure there is something better to come ;) 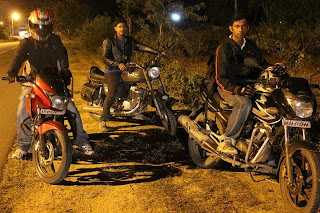