After exploring the beauty of south, it was time to venture into the north !! A trip with some minimal planning and maximum benefits from our friend in the army !!

26th Night Johnson and me left from Bangalore by bus to board the Rajdhani express from Mangalore. Jacob had already boarded the train from Trivandrum. After a nail biting bus journey we managed to reach Mangalore railway station just in time. Jacob was waiting near the footsteps of the train to pull us in like Shahrukh in DDLJ :D.. Glad that we made it in time and the railway Gods favored us by delaying the train for a few minutes in Mangalore railway station !!
After a peaceful sleep and comfortable day journey in Rajdhani we were all geared up since the next morning we would be in Delhi. We spent the entire day playing Uno, watching movies and grabbing all the food that came our way !! Our compartment had turned into a mini theatre and funnily, even the north indians were watching the mallu movies that we screened .. wonder what they understood but they laughed along when we laughed :D We then wished our fellow companions Good night and fell asleep !! As per the instructions given by Subin (our friend in the army), we would be meeting a Jawan in the railway station who would guide us on what needs to be done.

28th Dec 2013 : We reached Delhi railway station and we were welcomed by a Jawan who was kind enough to ensure that our luggage reached the cantonment in Punjab so that we roam around Delhi, Dehradun and Agra with minimal luggage. After a quick round of shopping, as suggested by the Jawan we decided to head towards Dehradun, hire bikes and goto Mussoorie. We got into a train and reached Dehradun by late evening. Subin had arranged for stay in an army cantonment in Dehradun. We had a good sleep since we had been travelling a lot. 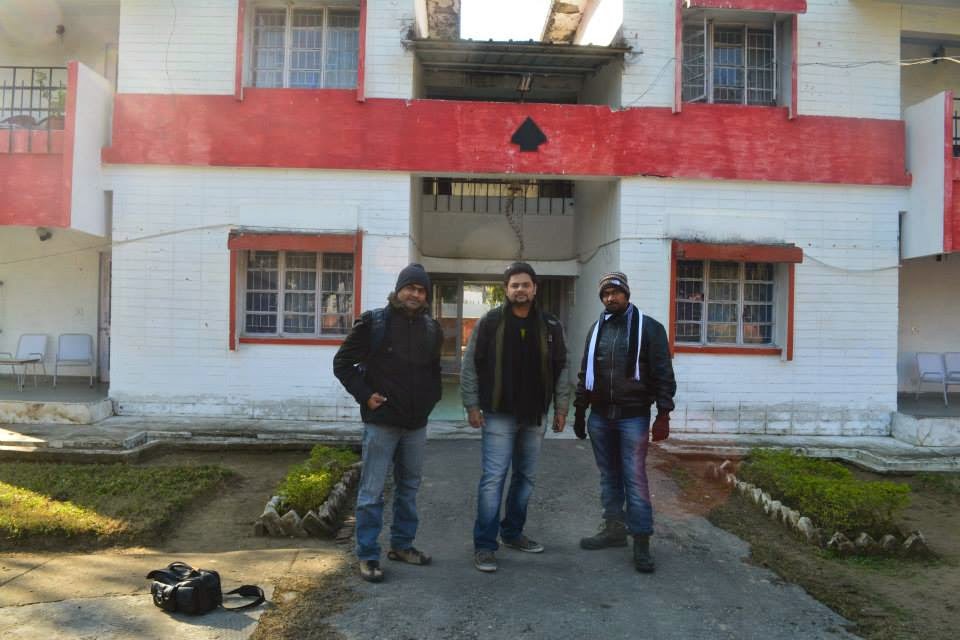 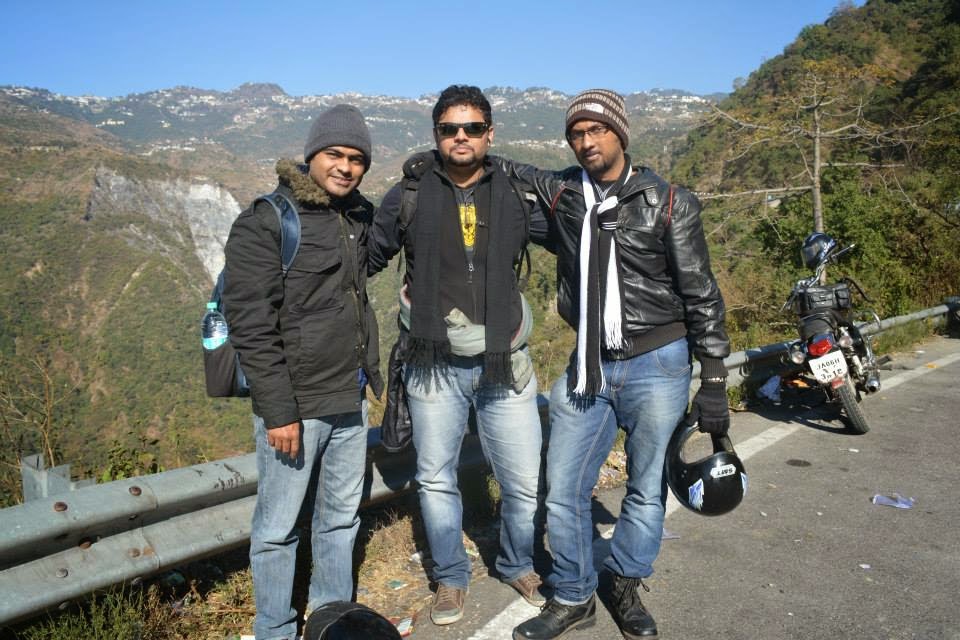 Dehradun and Mussorie : 29th Dec - We rented bullets from a nearby garrage and headed towards Mussorie. Though it was just 40 kms away, the ride was unforgettable !! 3 of us on 3 bullets we ripped through the narrow roads listening to "Neelakasham songs" (Neelakasham pacha kadal chuvanna bhoomi is a malayalam film about bike trips and this was the theme for our Mussoorie bike trip).After a few pit stops and photoshoots we reached Mussoorie. We visited some sight seeing spots and also tried the ropeway. We then headed towards Lal tiba. 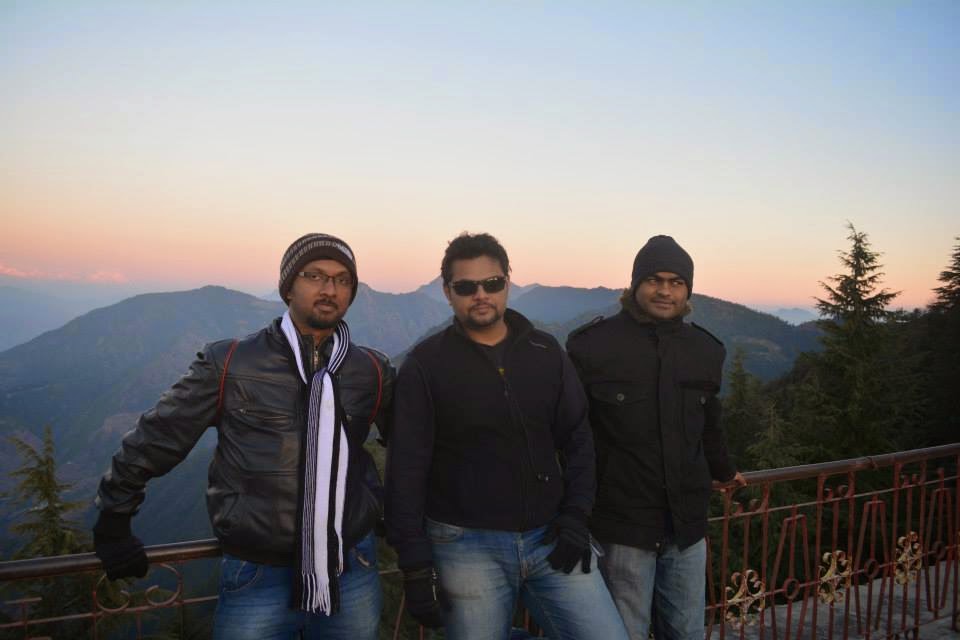 The route to Lal Tiba is truely a paradise for bikers !! The freezing weather made it even more fabulous. A sip of coffee and hot pakodas is something that you would crave for once you reach here !! Unfortunately an old lady scammed us by serving pakodas for Rs.140 !! We then rushed to Dehradun since we had to board the train to Delhi. 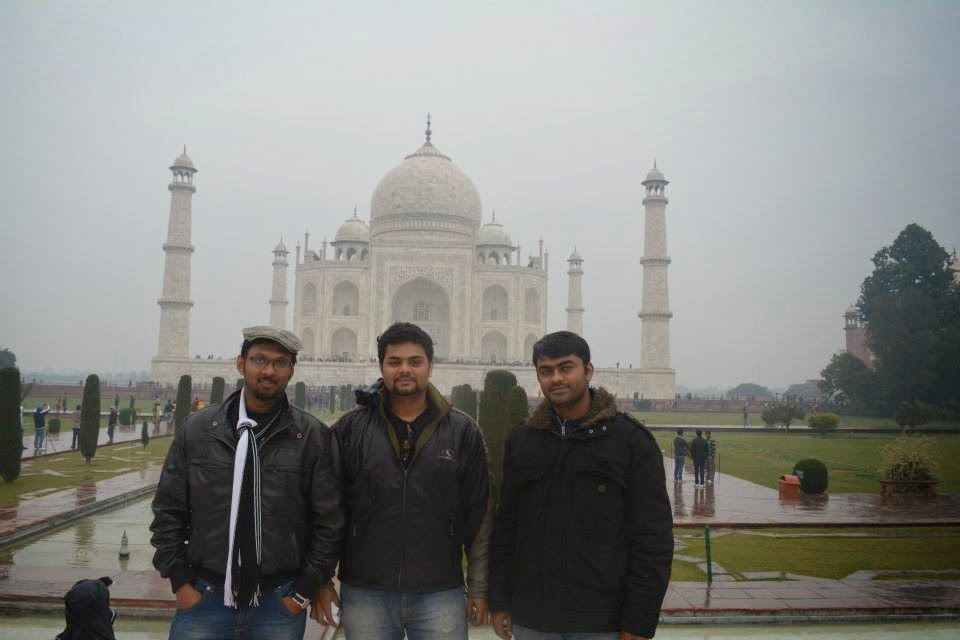 Agra : 30th Dec - We reached Delhi and got into a train heading towards Agra. Bad weather delayed the train journey due to which we had to cut short few places that we had planned in Agra.By late afternoon we reached 'Taj Mahal'. Must say I had underestimated Shah Jahan's tribute to his beloved wife. The white beauty made me wonder how passionate a man could be towards his Love and it made me realize why its being considered as one among the 7 wonders of the world !! Behind Taj lies the incomplete construction of Black Taj which Shah Jahan wanted to symbolize himself as the shadow of his Love. Not sure if the story is true but our Guide told us that Aurangzeb had put his dad in prison fearing that Black Taj would empty his pockets and hence black Taj remained a dream !! After admiring the Taj for a couple of hours, we rushed to the railway station to board the train to Punjab.

Abogarh: 31st Dec - We reached Punjab early morning and Subin had come to receive us. We headed towards his Army cantonment and Ann welcomed us with some mouth watering breakfast !! Late afternoon, Subin took us to the Indo Pakistan border located close to Rajasthan. This was the first time I got to see the border and we were even more thrilled that we would be visiting Waga border as well !! After returning from the border we were all set for the new years eve with the army officers. Thanks to Subin we had a good new year celebration after which we returned to Subins place and played Uno till about 2 AM !! 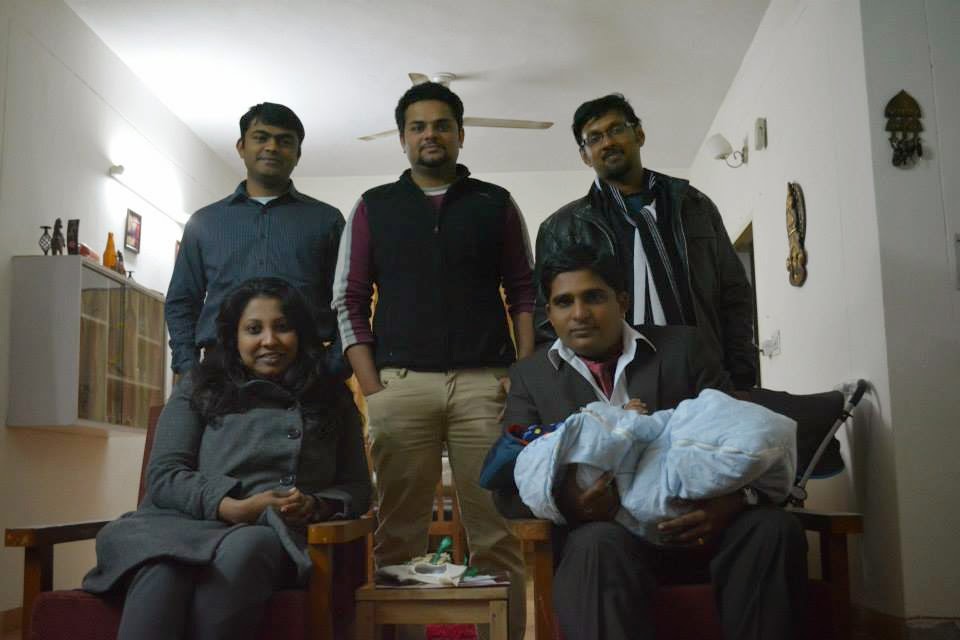 After the new year bash, we decided to take a break. We visited a park in the cantonment and lazed around till night. Barbecue was planned for Jan 1st. Subin also invited Lt Kernal Paul for the barbecue night. I must say that we had a wonderful time at Subins house.

Amritsar : 2nd Jan - It was time to bid good bye to the Abogarh cantonment. We headed towards Amritsar in Subins car. We started off with Jalianwala bagh 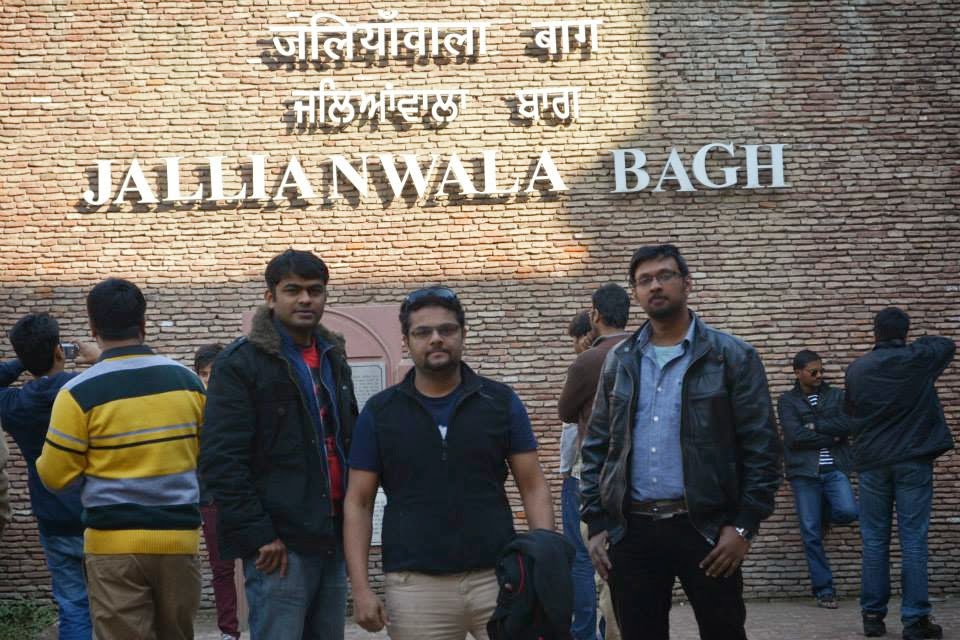 Jallianwala Bagh : Only in history books I had seen the Jallianwala Bagh and now here it was right in front of my eyes !! All that I had read during school days brushed through my mind and I could visualize the horrifying incident !! The bullet marks of the shootout held in 1919 were still visible. We also saw the well into which many had jumped during the shootout. After spending some time at Jallianwala Bagh, we rushed towards Waga border since the parade happens at 6 PM everyday. 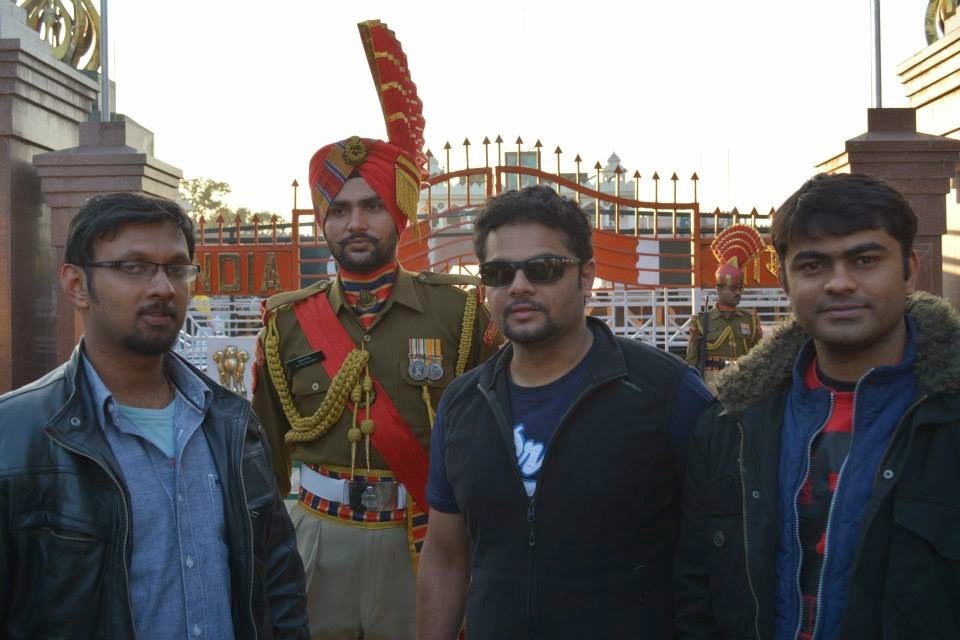 Waga boder : Until I reached Waga, all I had in mind was to see the Pakistan border. Never did I think that a parade would look interesting. Once the Parade started I realized the amount of patriotism that flows in us while watching a parade. It was as entertaining as an India-Pak cricket match since the crowd kept cheering from either side of the border. We were fortunate to get a seat close to the border - thanks to Subin again !! 'No mans land' was just a stone-throw away from me !! 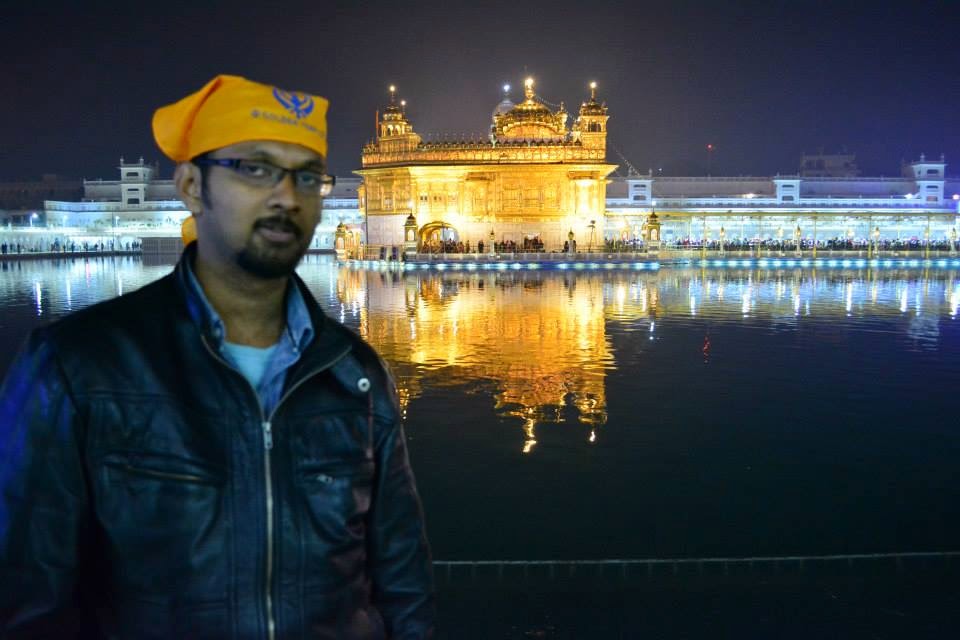 Golden temple : After Waga border we headed towards Golden temple in Amritsar. Movies like Rab ne banadi jodi were running in mind when I entered The Golden Temple. A very peaceful place where you can spend as much time as you wish !! We went for a round around the temple and spent barely about half an hour since we had to head back to Railway station. 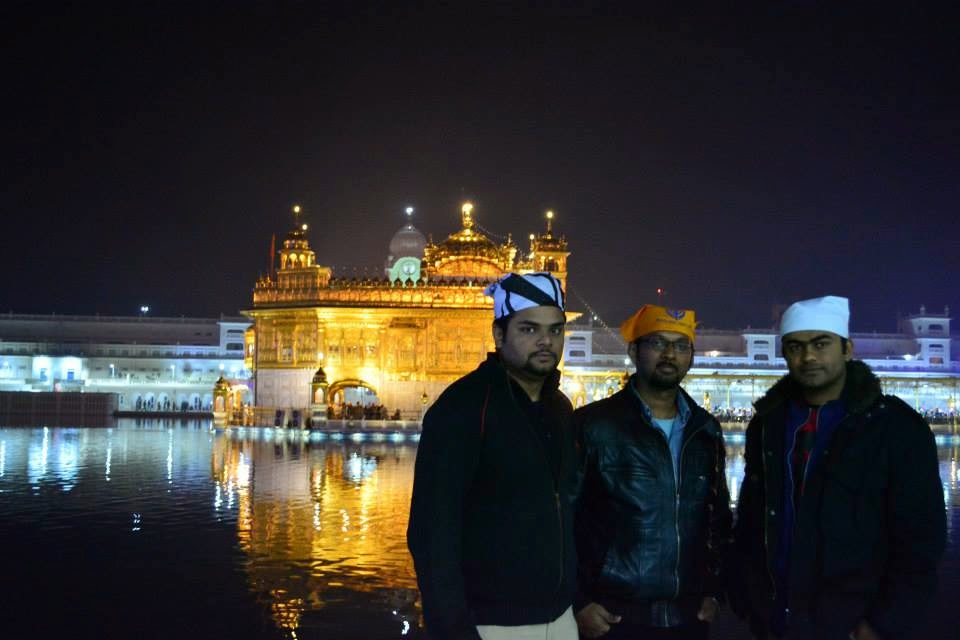 After visiting the Golden temple, it was time to bid good bye to Subin. We then boarded the train to Delhi. Our north India trip was  almost coming to an end with just one day to spare.

Delhi : 3rd Jan - We reached Delhi by early morning and contacted some tourist agent who took us around Delhi on a one day package.

We started off with Pandit Jawaharlal Nehrus residence. Then proceeded towards Qutub Minar. 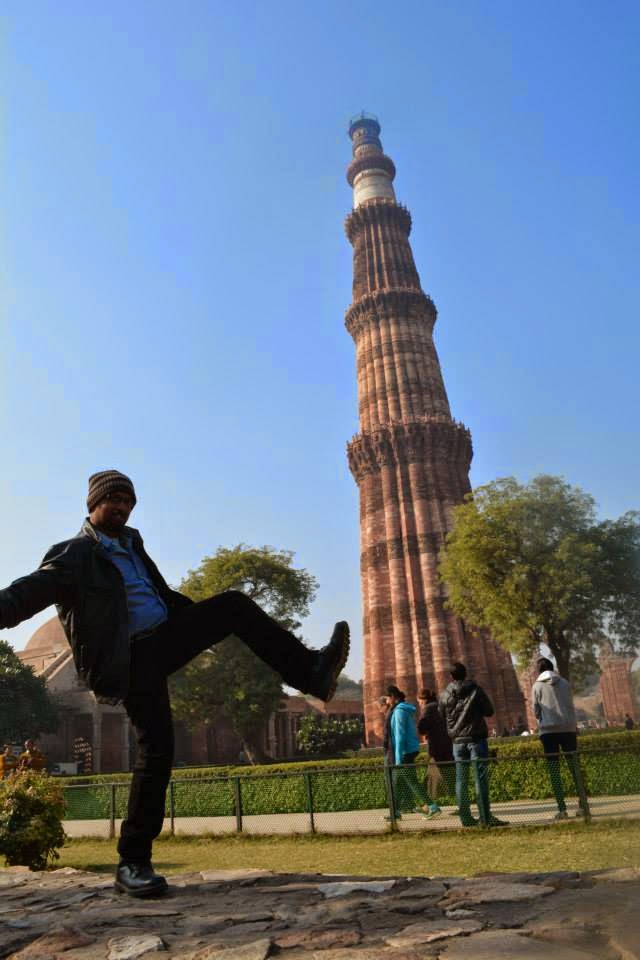 Qutub Minar : On our way to Qutub Minar, Jacob told us about a pillar which was popular for a belief that if you put your arms around it and wish for something, it would come true. Unfortunately we werent allowed to attempt fulfilling our wish since the pillar was no longer open for public to put their arms around :P Qutub Minar is yet another name that I had read in the history books !! After spending about half an hour in Qutub Minar, the guide took us to the next spot. 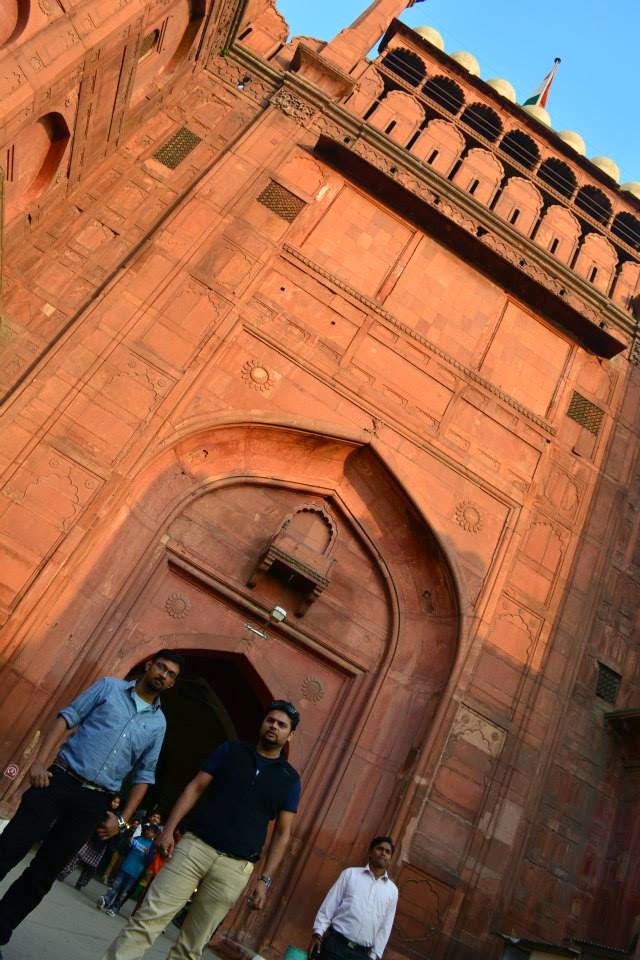 Red Fort : Red fort which is also known as Lal Kila, was yet another contribution of the Mughal emperor Shah Jahan, built with red sandstone. As we stepped inside, the background music of "Jodha-Akbar" was running in my mind !! It was fascinating to see the courtyard and the ground which was once upon a time meant for the recreational activities of the Mughal emperors !! 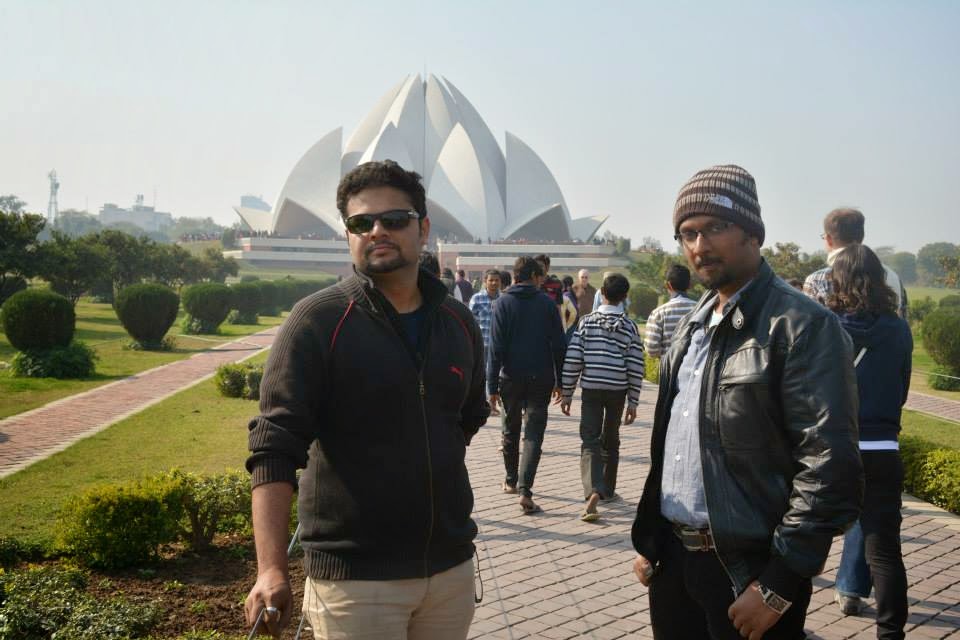 Lotus temple : The last spot in our Delhi Itinerary was the Lotus temple. The temple is built in the shape of a Lotus and is the house of worship for the Bahai. It was interesting to know about the Bahai religion and their ideologies on worship !! The temple had pin drop silence inside and it was a delight to see people from all religions assembling together and praying in silence.

We also visited Indira Gandhis residence, India Gate and Raj Ghat. After visiting all these historic places, it was time to head towards the railway station to board the train to Bangalore. This marked the end of our North Indian trip. But to end this we had an eventful journey since we didnt have confirmed tickets to Bangalore. If not 'UNO' I wonder what would have happened to the 3 of us. We started our trip in a royal style and returned like a common man :D  Our return journey which lasted for 40 hours does deserve a write up in detail so stay tuned ,,, !! 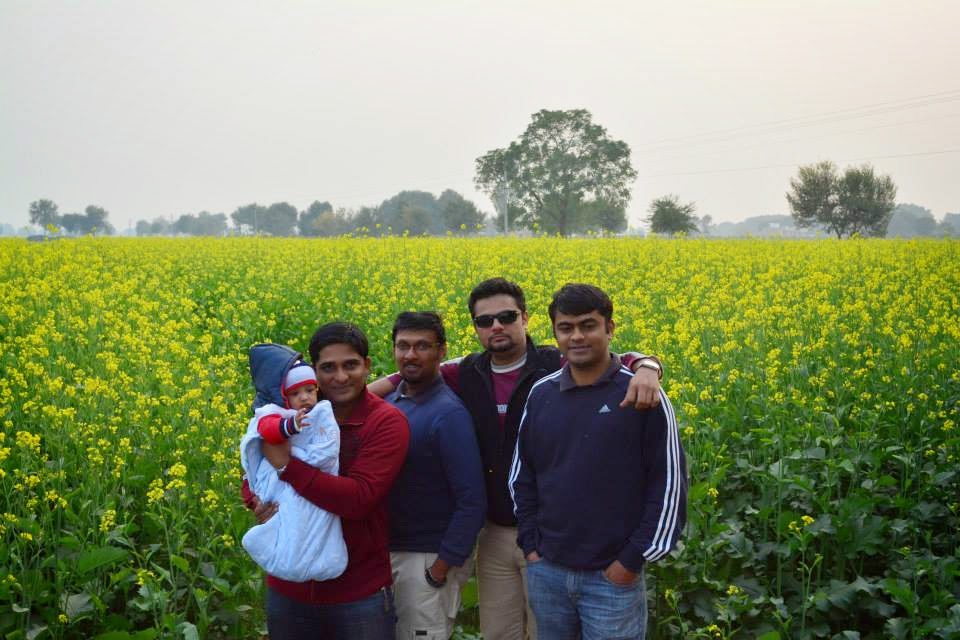