Johnson bought his new bullet and this had to be celebrated with a bike trip..and off we ripped to Ooty !!

28th June 2014 : All of us assembled at BEL circle by morning 6 and off we flew to Ooty on 3 bikes - Jacobs CBR, Johnsons Bullet and my Pulsar !! After the Goa bike trip, 350kms to Ooty seemed like an easy task but the bike made the difference. Mid way to Ooty I realized that comfort should be given preference over style for a long ride and this is when I missed my Unicorn !! Vijay had a tough time sitting behind my bike since Pulsar has a split seat which isnt comfortable for a pillion rider !!

Our first pit stop was the McDonals in Maddur. Our bikes were thirsty for fuel and we were hungry for food !! Once we were done with refueling, we continued our journey 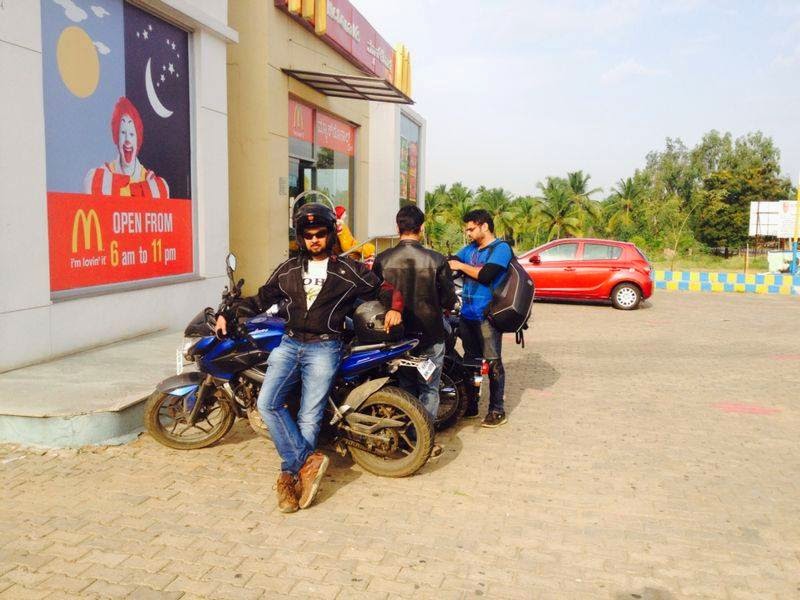 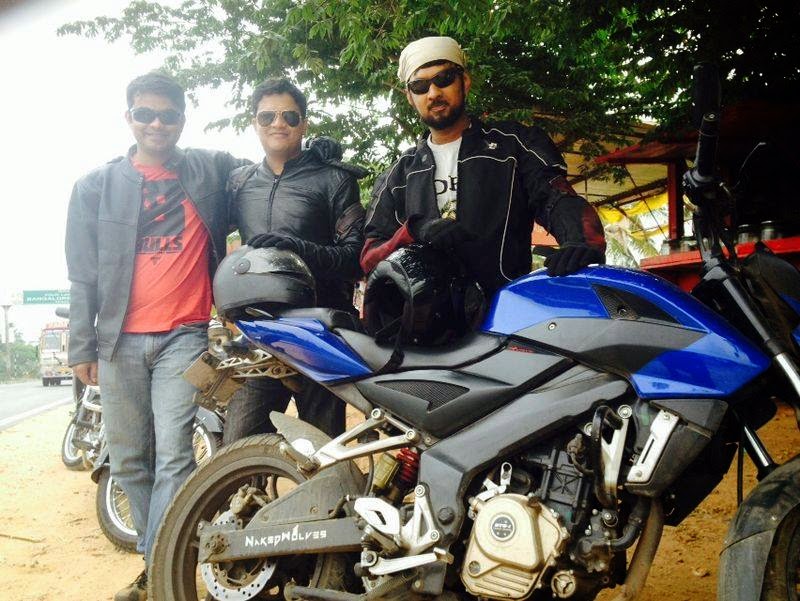 Our next stop was at the entrance of Mysore. The board "Welcome to Mysore" brought in lot of memories since Johnson, Vijay and me had once cycled to Mysore and we had stopped at the same spot.
Mylari hotel has always been our choice while passing through Mysore but unfortunately the food wasnt as tasty as it used to be before.
Once we were done with Masala dosa at Mylari we proceeded towards Ooty which was about 180 kms from Mysore. 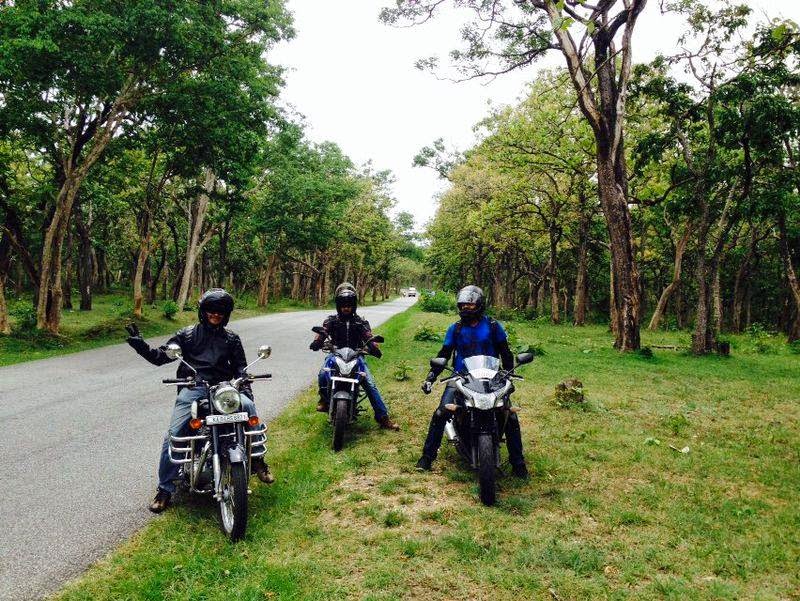 Bandipur : Though I had passed through Bandipur several times, this was my first time on bike and I must say that it was a beautiful !! Though we barely saw animals, ride through the jungle was too good !! Lush green trees on both sides and a cool weather !!

Further ahead we passed through few more jungles and finally reached our destination - Ooty, Our next target was to reach Wellington Cantonment since Subin had arranged for accommodation in the army cant. The bungalow surrounded by trees looked beautiful and we were sure of exploring the Wellington cantonment. After admiring the place for a while, we decided to explore Wellington and Coonnoor. Johnson and Jacob decided to stay back and take rest, 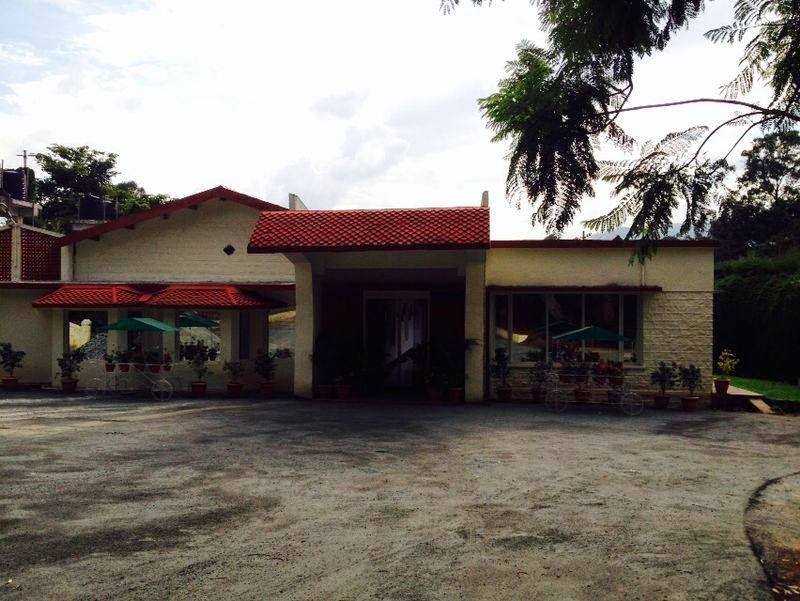 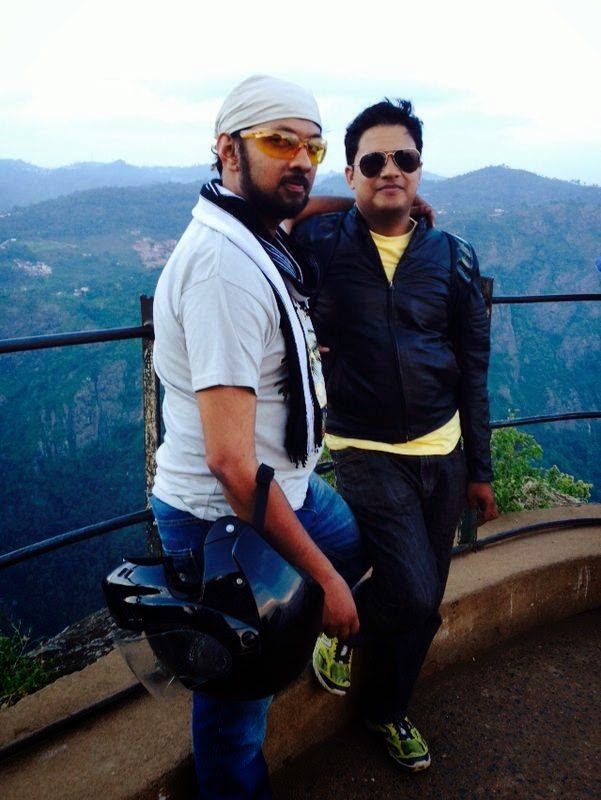 Dophins nose : Vijay and me started off with Dolphins nose which is a view point in Coonnoor, The scenic beauty didnt excite us much since we had seen better spots in Gavi, Vagamon and North Karnataka. However, the ride I must say was fabulous. Though I had been to the same spot few years ago, I realized its beauty only when I went by bike !! 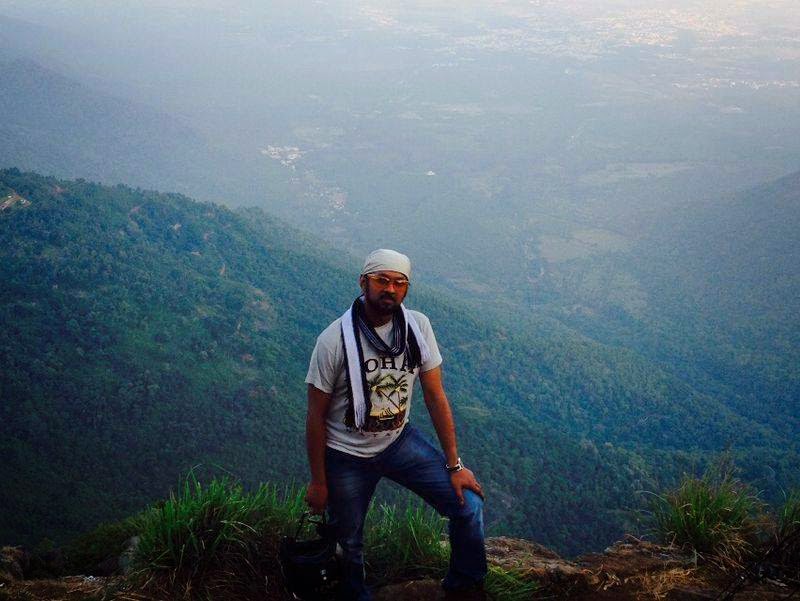 Lambs Rock : After Dolphins nose we proceeded towards Lambs rock and the route again, was a bikers dream !! Cemented roads amidst trees we rode and reached Lambs rock. There was a 15 mins walk through Shola forest to reach this spot. We sipped some hot tea and returned to Wellington.


By now Johnson and Jacob were all fresh after a nap. We spent the rest of the night watching a mallu movie "Vedivazhipaadu" and playing our favorite card game - UNO.

29th June 2014 : The next morning we woke up, freshened up and vacated the bungalow. Surprisingly the rent was just Rs.288 for 4 of us !! After having breakfast at some restaurant, we headed towards Avalanche view point. After a quick conversation with the localites we realized that Avalanche is very far which would delay our return journey to Bangalore. So we made a quick change in plan and decided to goto an Elephant camp on our way back. 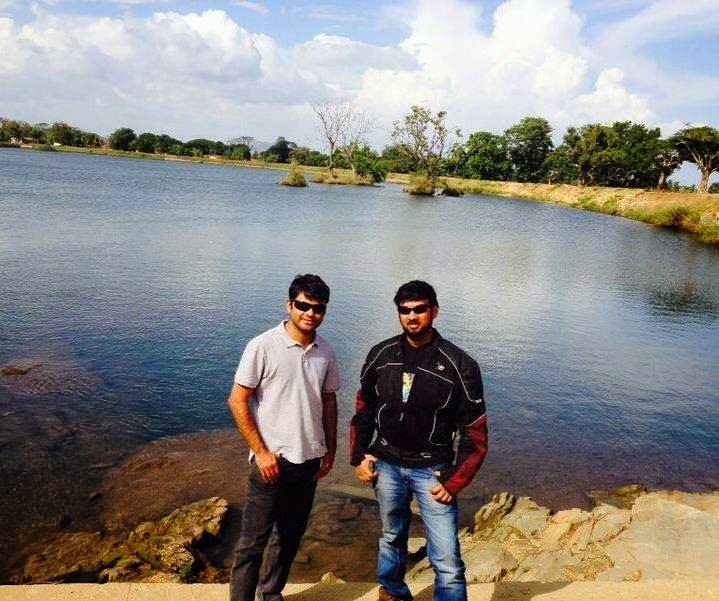 We stopped at few beautiful spots for a photoshoot and reached Madhumalai by lunch. After reaching the elephant camp we decided to go for a jungle safari. Johnson negotiated with the localites in Madhumalai and managed to get a decent deal for Jungle safari. Unfortunately this turned out to be the most boring part of our trip !! Apart from a peacock, elephant and few deers, we couldnt spot anything. We also stopped by some dam which didnt look interesting !! After an hour long jeep drive, we returned to the elephant camp. We then continued our journey and reached Bangalore by night. 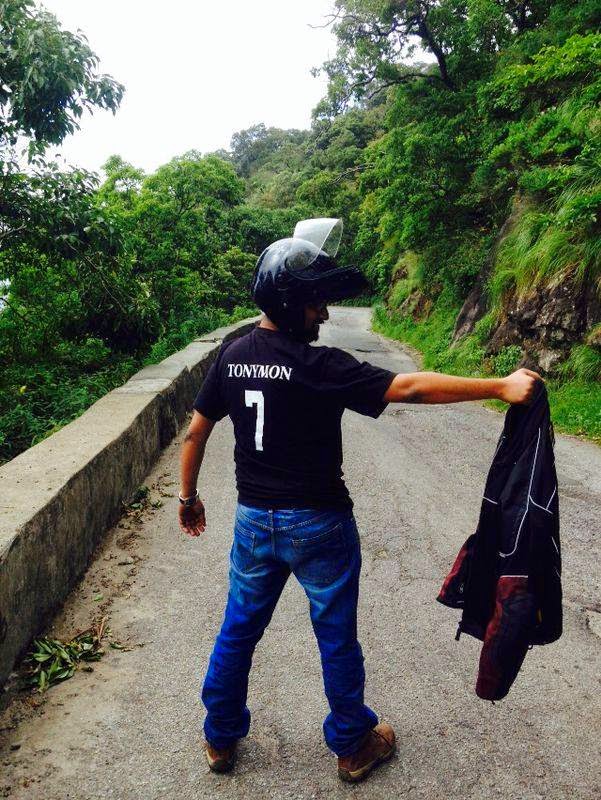 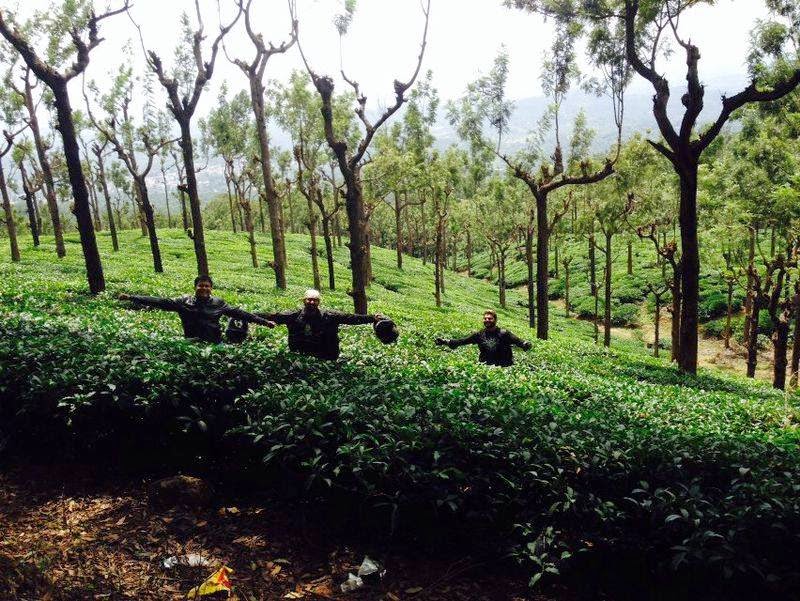 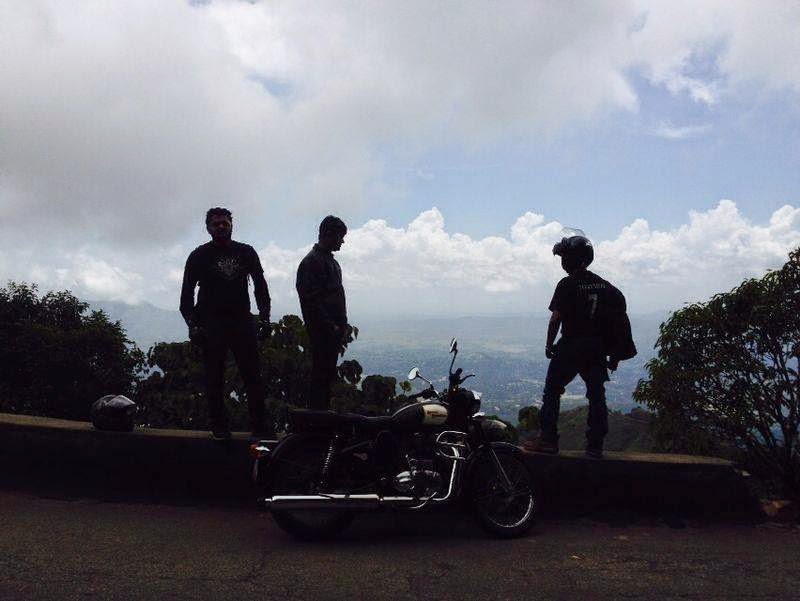 Thanks to Subin for arranging accommodation in Wellington... this sure was an unforgettable Bike trip since we covered about 800 kms in 2 days !! 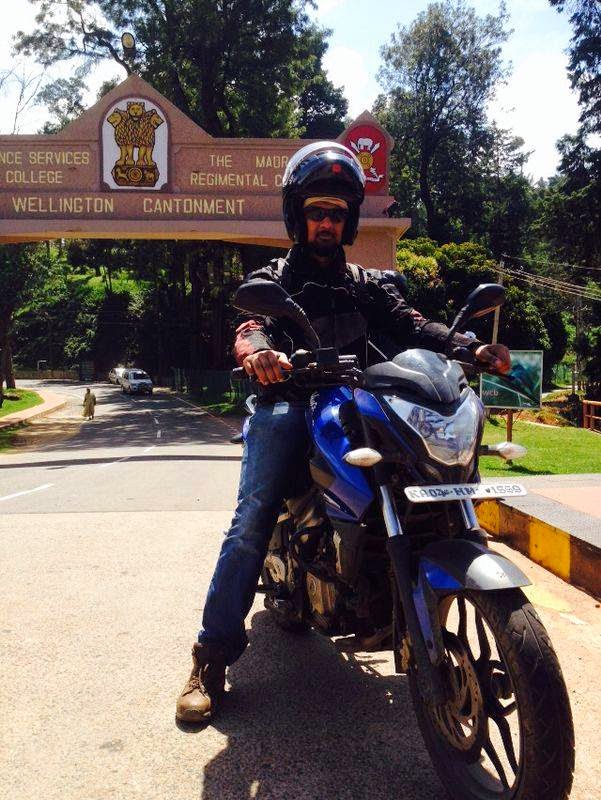