This was an unplanned trip with many spontaneous decisions and a mixed crowd ! Few of us planned to visit Gopalswamy betta. The group size kept increasing and finally I booked a TT since there were 12 of us. 2 hrs  before the travel, we got to know that trekking has been banned in Gopalswamy betta and it would be a waste of time going till there. A quick change in plan resulted in a memorable trip to Yelagiri and Hognekkal falls. 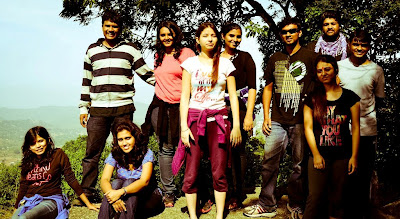 July 7th : We started our journey from Bangalore by midnight. The TT was filled with a group of strangers (most of them were meeting each other for the 1st time, me being the connecting link :D). Though all were silent initially, by the time we crossed Hosur, everyone was geared up to play dumb charads. This was more of an ice breaker session. For 3 hours, the game went on without a break and by 4 am all of us decided to have a quick nap which didnt last long as we reached our destination ! We had booked a room in Hotel Ashoka (must appreciate the hospitality !!).

The night long dumb charads session resulted in a sleepy morning ! Most of them were dead tired. Since we had to complete trekking before the sun rises, we freshened up and quickly started our journey ! The hotel authorities guided us with the trekking spot. The trek was a bit straining coz we forgot to carry water bottles !! After a 2 hours trek, we reached the hill top. It was very peaceful around the temple premises on the hill top. We started off with our monkey business climbing trees and rocks posing for pics :P After about an hours time, we headed back to the bottom of the hill. The return trek didnt take much time !! 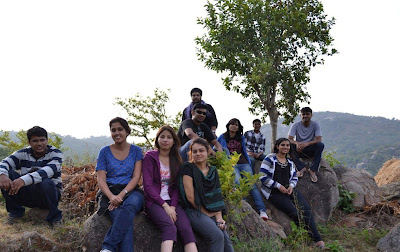 After returning from the trek, we checked out of the hotel and headed towards Hognekkal falls which was an instant plan. Only concern was that Ramya was not keeping well. However, she insisted on continuing with the waterfall plan. Cheers to her spirit :)

Though Hognekkal was a repeat destination for many of them, it was a different experience with a new group ! After a bargaining session with the coracle riders, we got into the coracles and rowed towards the falls. On the way we saw the spot where Abhishek Bachhan dives during his intro in the movie "Raavan". 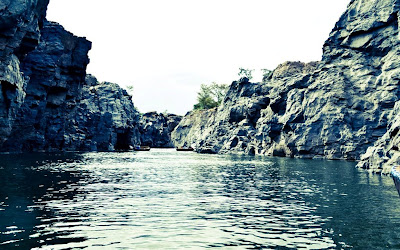 We were allowed to spend some time in the water. All of us got into the water and played for a while. Sandeep even found a Rs.50 note flowing in the water which was later utilized to buy snacks :D. The law of nature says "To gain something you have to lose something". We got a Rs.50 note but instead lost a diamond ring (Supreet) and a gold ring (Charu) which was a costly deal ! After spending about an hour in the water, we headed back to our parking lot and our return journey started.

We reached Bangalore late night, had dinner in electronic city and reached home by midnight ! With this, a memorable unplanned trip came to an end. 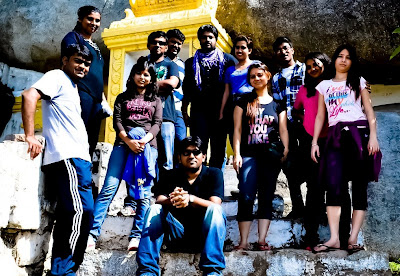